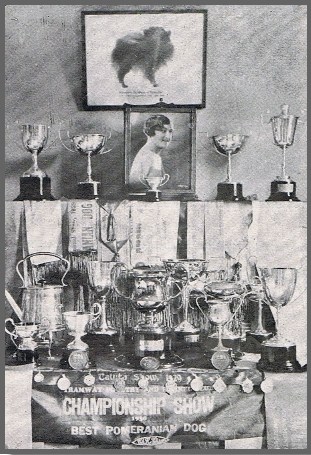 The earliest mention of the Pomeranian Dog in Australian publications can be found 1875, in an article from The Western Australian Times.
I quote from this article “A few seasons ago no lady’s equipage was complete without the accompaniment of a fleecy white terrier, a Pomeranian, or a pug. “
In 1879 an advertisement is found in the Melbourne Argus offering a reward for the return of a white Pomeranian dog to an address in Toorak, Melbourne.

The Pomeranian In Victoria

Pomeranians Shown during the 1800’s

The Victorian Poultry and Dog Society Intercolonial Show in 1883 held classes for Pomeranian Dogs.
The results from this Show are as follows:
Pomeranians-Dogs and Bitches
(£1 Is presented by Mr H W Danbj, for the best Pomeranian Dog or Bitch)
1. M Mullaly, Richmond,
2. M McClure, Carlton.
The Show was opened by Sir William Clarke.

During 1884 at the National Agricultural Society’s Show, Mr P Menny won with his Pomeranian.

Report from The Melbourne Argus on The Dog and Poultry Show August, 1885.

The annual intercolonial exhibition of dogs, poultry, pigeons, and canaries, was held under the auspices of the Victorian Dog and Poultry Society.
Mention was made that all dogs exhibited that year had to be entered in a kennel book.  Six Pomeranian where exhibited at this Show.  The winning Pomeranian was owned by Mr McClure of East St Kilda.

The Argus, 1888 gave a report on the Centennial Dog Show of the Victorian Poultry and Dog Society held in August in the Juvenile Industrial Exhibition Building.
This Show was held at Juvenile Industrial Exhibition Building owing to the inability of the Committee to obtain the International Exhibition building. Other changes included holding two shows instead of just one show.
The report of the Pomeranian exhibited, quoted here “Pomeranians are poorly represented, the winning dog being neither more nor less than a black “Esquimaux.” The winning bitch, however, is a niceish bitch of the small scale”.

First Championship Show of the Pomeranian Club of Victoria 1923 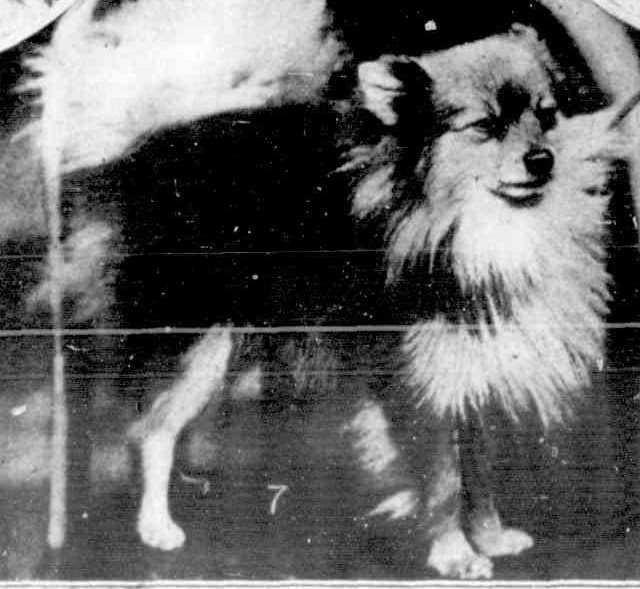 The first championship show of the Pomeranian Club of Victoria, affiliated with the Victorian Poultry and Kennel Club, was held on Oct 18, 1923 at Wirth’s Park. There was a very good entry, including several interstate and country dogs. Mr. P. D’Helin was judge and Messrs. Scott, Roberts,and Bunnester were stewards. The champion Pomeranian of the show were Mrs. Spry’s Cheeky Boy. Henrietta Spry was a very keen Pomeranian exhibitor. 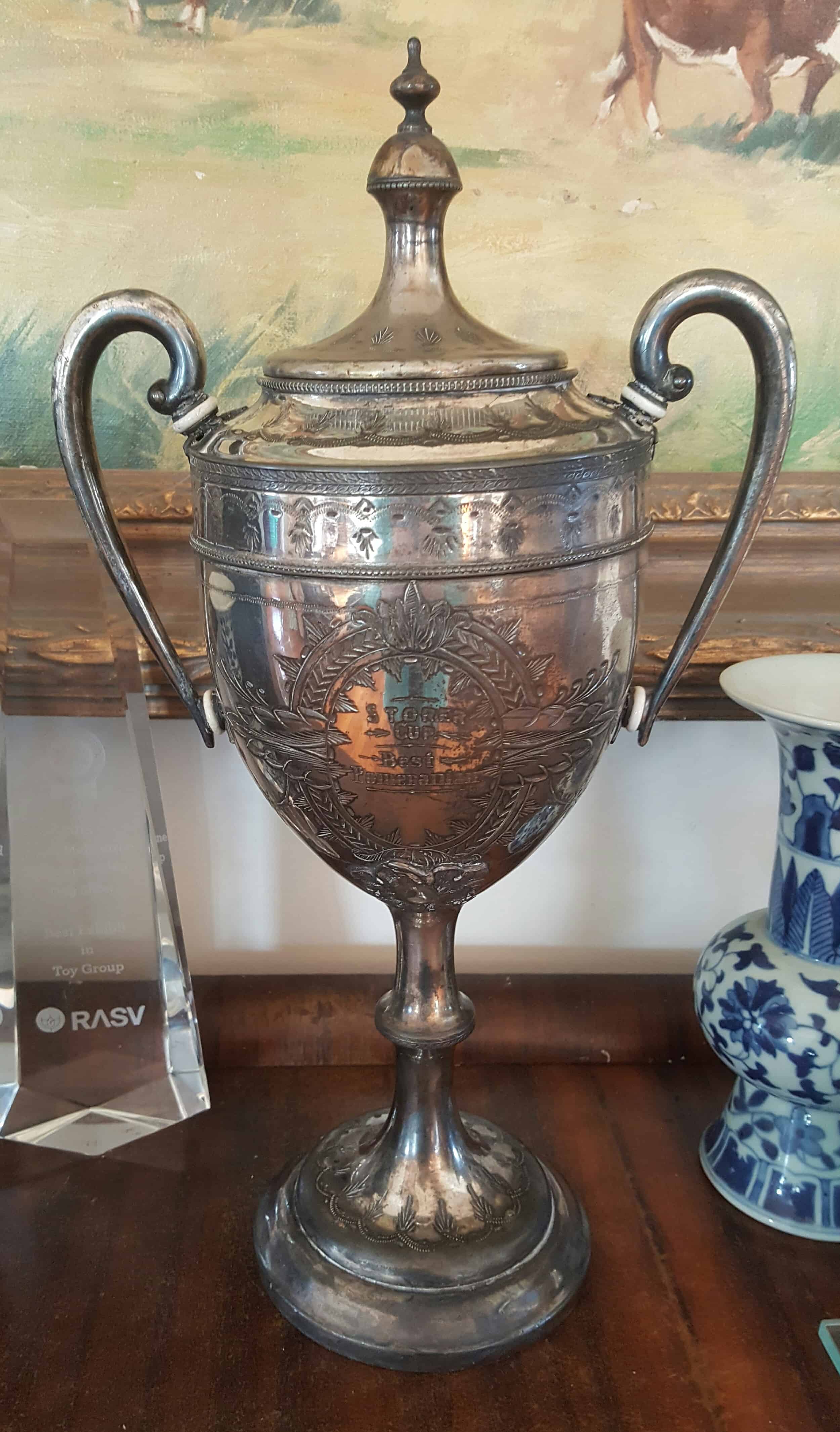 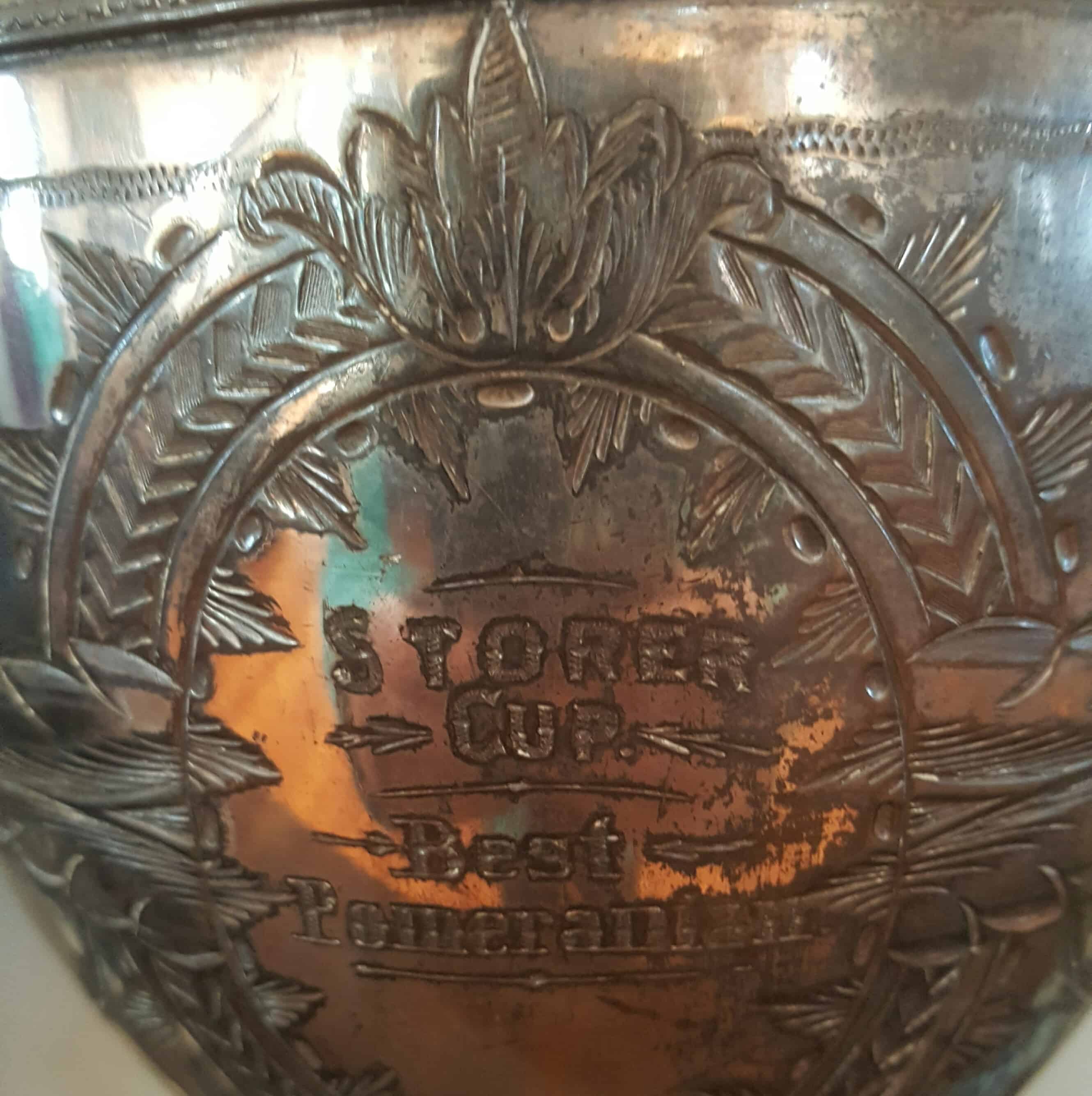 Early History of the Pomeranian in New South Wales

Among the first Pomeranians brought to Australia was a chocolate-coloured dog that was introduced in 1910 by the late Jack Maude’s father. Sadly, there were no existing records about him.

The next Sydneysider that was recorded as an importer of Poms from the U.K., was Mr. Cook, a resident of Summer Hill. He was the original owner of orange Pomeranians in NSW.

In the period 1929 – 1947, Pomeranians were incorporated into the club, which was then called the Pekingese and Pomeranian Club. Mr Hawkless of Hawklock Kennels was the first winner of the Vice-President’s Cup.

In 1947, the last, and outright, winner was Mr C. Lambert. This was also the year the club officially disbanded and some of the Pekingese exhibitors chose to set up a breed club they could call their own.

During the period from 1947-1959, the Pomeranians didn’t have their own club. They were simply members of a local club for toy breeds.

From 1947 until 12 years later, Pomeranians had no club of their own and were just part of the local toy dog club. During this period there were numerous changes with regards to exhibiting Pomeranians, especially size and weighing exhibits.

During these years, there were also varying colours, including black, white, wolf sable and chocolate. Any dog that looked as if he weighed over 7 lbs would be weighed prior to being exhibited.

Claude Lambert first became involved with the breed in the early twenties. ‘His trade was a butcher, he purchased a white Pom with a pedigree, for two pounds and a month’s meat from an old lady because she told him she couldn’t afford to keep him.

Weighing Pomeranians was changed after Mrs Bourke moved to NSW from Queensland and then joined the RAS. She initiated ruling out different classes of Pomeranians and introduced the rule that all exhibited Poms must average 2 kgs ( 4 1/2 lbs) and bitches would weigh 2.5 kgs (5 1/2/ lbs ). This put an end to weighing dogs and any that weighed above this average wouldn’t be shown any longer.

In Queensland, a Pomeranian was exhibited at the Gympie Show in September 1891.
P. Pollock’s Pomeranian “Tom” being the sole Pomeranian at this exhibition.

Mr. R. Trotter judged all classes, and the following championship awards were made:

The one-point championship show provided by the Pomeranian and Toy Dog Club of Queensland held at the Exhibition Kennels, Pettys Paddock attracted a fair number of entries in most breeds.

Competition was particularly keen in the Pomeranian and Pekinese classes, where the quality of the exhibits was of a high standard. Mr. W. Byrne (Booval) judged all breeds In a very capable manner.

Cups donated by the club were awarded as follows:

Results of the 1934 at the Pomeranian and Tog Dog Club.

The first outing of the season under the auspices of the Pomeranian and Toy Dog Club held in the Exhibition dog pavilion on Saturday afternoon received an aggregate entry of 52 from 33 dogs. Mr. C. Ball made the awards.

Over 200 dogs of all breeds where on show at the Bundaberg Dog Parade in 1934 .
Best Toy Dog , Champion of Champions and Best Coated was A. Rowland’s Pomeranian Golden Oak Sir Rodger.

The earliest records I have found to date of Pomeranians exhibited in Western Australia date around 1896.
A Pomeranian bitch owned by Miss E Edwardes was exhibited at the first York Dog, Poultry and Horticultural Society’s Annual Show in 1896

The Coolgardie Dog and Poultry Society held their 3rd Annual Show in May,1899.
Pomeranians where represented at this Show with Mrs Burnett exhibiting the Pomeranian ” Punch.”

This Article is a work in progress. Any information re the early history of the Pomeranian in Australia to be added here would be very appreciated.

Copyright Denise Leo, Pomeranians.Com.Au. All Rights Reserved. Article may not be used without written permission.

Printed and shipped from Australia. 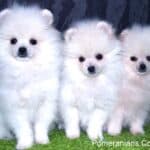 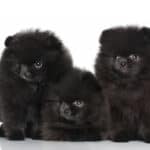